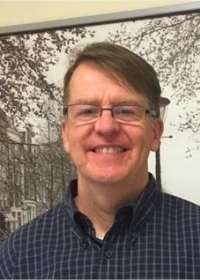 Dr. Paul J. Veugelers received training in health sciences (BSc), nutrition (MSc) and epidemiology and biostatistics (PhD, PDF) and is currently a professor in the School of Public Health at the University of Alberta. He dedicated his academic career to studying children’s lifestyles and how this affects their health and well-being. He is part of a small minority of researchers whose work focuses on the primary prevention of disease with the overarching objective to advise on and direct new health policies and population intervention programs to prevent chronic diseases and improve quality of life and well-being. In 2007, Dr. Veugelers initiated APPLE Schools, a school-based health promotion project in socioeconomically disadvantage neighborhoods and communities. He directed the project till 2013 when the program expansions outgrew his capacity and APPLE Schools became an independent foundation. Dr. Veugelers is now one of the directors sitting on the Foundation’s Board of Directors and functions as the liaison for all research in APPLE Schools. To date, APPLE Schools has improved the lifestyles of more than 100,000 children in Canada. Dr. Veugelers’ research program is recognized in over 230 peer reviewed publications, 80 successful grants and contracts, and several career awards such as a CIHR Canada Research Chair in Population Health and the Alberta Research Chair in Nutrition and Disease Prevention.

Not Sweet: Excessive Sugar Consumption and its Health and Economic Burden in Canada

Excessive sugar consumption is an established risk factor for various chronic diseases. The World Health Organization, therefore, recommends the consumption of free sugars to be less than 10% of total energy intake. In Canada, the free sugar content of foods and beverages are not systematically documented, and thus their consumption and compliance with this recommendation is unknown. That was until recently. We recently went through a comprehensive exercise to estimate the free sugar content of all 5,374 foods and beverages recorded in the 24-hour dietary recalls of the 2015 Canadian Community Health Survey-Nutrition. This revealed the Canadians on average consume 67.1 g/day of free sugars and that only 33.8% meets the recommendations that free sugar should be less than 10% of total energy intake. The sad state of affairs is that if all Canadians would have complied with the recommendation, the prevalence of as many as 16 chronic diseases would have been lower according to the Global Burden of Disease study. We estimated that $2.5 billion per year (95% CI: 1.5, 3.6) in direct health care and indirect costs associated with the treatment and management of these chronic diseases could have been avoided if all Canadians would have complied with the recommendation. That is three times as much as the costs that would be avoided if all Canadians would stop drinking sugar-sweetened beverages. Should public health interventions to reduce sugar consumption therefore go beyond taxation of sugar-sweetened beverages?