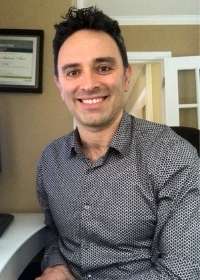 Dr. Alfred Aziz holds a PhD in Nutritional Sciences from the University of Toronto. He joined Health Canada in 2006, first as postdoctoral fellow and then as a research scientist. After completing a few assignments as part of Health Canada’s Science Management Development Program, Alfred was appointed the Chief of Nutrition Regulations and Standards Division in 2014. Alfred led the updates to the Nutrition Labelling regulations and a multi-disciplinary team responsible for managing and integrating initiatives under the Healthy Eating Strategy, while directly being responsible for leading the work on labelling initiatives, sodium reduction and trans-fat elimination. In February 2019, Alfred assumed the role of the Director General of the Office of Nutrition Policy and Promotion, which is the federal authority on dietary guidance and healthy eating policies. Since then, he has been leading efforts to promote and facilitate awareness, use and impact of Canada's Food Guide, and to establish a strong framework for monitoring food marketing to children.

In January 2019, Health Canada released its most recent version of Canada's food guide, which provides advice on food choices and behaviours that support healthy eating. In terms of food choices, the food guide recommends the consumption of vegetables and fruit, whole grain foods, and protein foods, and among protein foods, to consume those from plant sources more often. The food guide also recommends limiting the consumption of highly processed foods, defined as processed or prepared foods and beverages that contribute excess sodium, saturated fat or free sugars. This presentation will provide the evidence underpinning these recommendations and shed the light on nuances that need to be made when talking about processed food in the context of dietary guidance.